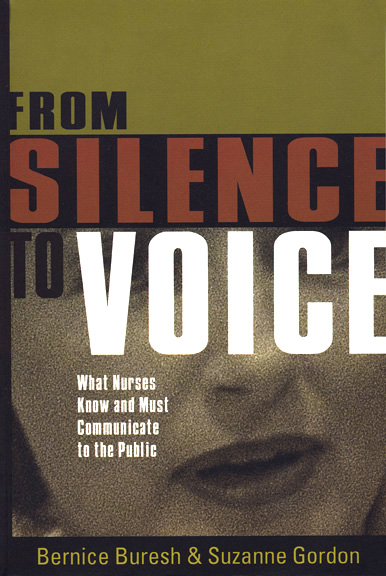 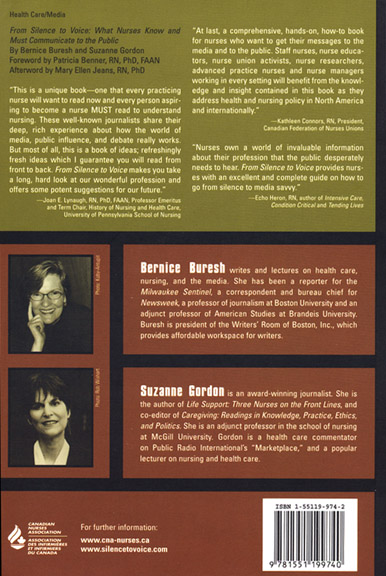 In 1999, the state of Hawai'i was experiencing an all-too-familiar problem: its hospitals had cut nursing positions or not filed those left vacant. Patient lengths of stay were reduced. Queens Medical Center, the largest hospital in Honolulu, announced it would implement work role redesign. The Hawai'i Nurses Association (HNA) feared the three other Honolulu hospitals would follow suit.

The HNA, which represents 3,800 RNs statewide (2,500 for collective bargaining), wanted to include staffing and patient safety and contract negotiations with the four Honolulu hospitals before their current contracts expired in December 1999. The hospitals refused to bargain over the issue.

"We were at our wit's end. Everything we said to them about staffing and patient safety was falling on deaf ears," says Nancy McGuckin, executive director of HNA. "To change the employers' position, we knew we needed to get the support of the broader community. To do that we needed to get nurses to talk about the significance of these issues. Our members were telling us, "Go out and tell the public they're in danger," but we had no idea how to deal with the media. We worried that we would not be able to get our message across in a way that would encourage public support."

The Honolulu hospitals also tried to discourage nurses from taking assertive action. "The hospitals had told us they would respond to anything we did, tit for tat," McGuckin continues. "We had to get past that. We needed a comfortable way to take a leap off the cliff into this kind of public communication."

The HNA knew that the Massachusetts Nurses Association had gotten a lot of press attention and public support through its Safe Care Campaign and had integrated staffing into its contract negotiations. They invited David Schildmeier, MNA's communication director, to come to Hawai'i to advise them.

Schildmeier spent a week listening to HNA staff explain the situation. His advice? Get professional communications help. He cautioned them not to hire someone who only knows traditional public relations. The job the HNA had to accomplish demanded political organizing too. Schildmeier's precise words were: "You need someone like Ralph Nader."

The HNA searched for the right candidate and selected Scott Foster who had in fact worked with Ralph Nader as a part-time consultant. When Foster first met with HNA leaders and members he was very impressed. "I told them they had an embarras de richesses," Foster recalls. "Here were people who knew the health care scene inside and out, who were articulate, passionate and angry about what happening to patient care, and who were prepared to do something about it. What more could you ask for when you're about to launch a media/political campaign?"

With Fosters help, the HNA created an internal and external public communication campaign that turned a traditional labor dispute into a highly visible public health issue.

To apply pressure on the hospitals, Foster had to find a way to get into the media or other public forums with nurses who would describe articulately their working conditions and link them to patient safety. The HNA also needed an outside expert on health care policy and nursing who could frame the issue as a major, nationwide public health problem. The association asked Suzanne Gordon to speak at its annual convention in late October. There the HNA hoped to rally nurses to the cause and bring the issue to the press.

Foster and the HNA leadership wanted Hawaiian policy makers and consumers advocates to learn what was at stake when hospitals cut nursing staff. They set up a breakfast meeting for Gordon to talk to nursing and health plan consumer activists. They wanted her to present a national perspective by explaining the impact of cuts in nursing staff on patient care and health care costs on the mainland.

Before the meeting and the convention, Foster and the HNA staff did an enormous amount of preparatory work. "People make the mistakes of believing that if they publicize an event, people will come," Foster says. "A lot of work has to be done to get them to come." Foster assembled media kits. He wrote 16 separate letters to his press contacts announcing Gordon's visit. Each letter was tailored to the interests of the particular journalist. He hand delivered the letters and media kits to his contacts at newspapers and radio and television stations.

"One editor was a feminist, so in her release I focused on the women's issues," Foster explains. "Another, to a business magazine writer, emphasized business cost issues. For press contacts one size doesn't necessarily fit all. If you are doing this for the first time, it sounds like a lot of work. But once you know the people involved, it's not so daunting."

Foster followed up with phone calls to make sure his contacts had received the press kit and to focus their attention on it. As the date of the conference approached, he was on the phone constantly getting commitments for press, television and radio interviews with Gordon. During her visit, Gordon met with editors at the major Honolulu paper and was interviewed on TV and radio. The day before the HNA convention, a TV interview that was shot in a Honolulu hospital and presented a strong case against restructuring and staff cuts was carried without rebuttal on the evening news.

Nurses who saw the television interview were very receptive to Gordon's message the next day at the convention. It was: "It's up to you to tell the world what you do. You're the ones who will win this campaign." The tactic of bringing in an "outside expert" was the bridge into the public arena. Nurses saw they could have their concerns presented in a positive way through the media. Over the next month, Foster and the HNA staff worked on a press strategy and coached nurses on speaking to the media. When contract talks stalled, and management refused to put staffing and work redesign on the table, the HNA was able to be proactive not just reactive.

Between November 25 and December 29, as nurses took strike votes at the four Honolulu hospitals, the HNA sent out daily news releases. "This made the media's job easier," says McGuckin. "The press was very appreciative that we were constantly providing them with concise, usable information. I kept my cell my phone on 24 hours a day. I even slept with it," McGuckin recalls. She says that Foster instructed her to call the three evening news shows each day fifteen minutes before they went on air to let them know the status of the strike votes and/or how contract talks were going.

When the hospitals released a report titled "Hospitals' Bleeding Budgets," that insisted the state's hospitals didn't have money to maintain or enlarge their nursing staffs, the nurses assertively reframed the issue. They argued that the dispute was not primarily about wages, but about patient safety.

Throughout the campaign, Foster had a line up of nurses giving interviews to various media. When the nurses were at the HNA offices painting picket signs, TV reporters and camera crews were there too. "The office was constantly filled with reporters with their cameras rolling recording nurses who simply spoke from the heart," McGuckin says. "We had 137 hits on TV for that 30 day period."

The nurses won their campaign. "Queens Medical Center completely capitulated," McGuckin reports. "They withdrew their work role redesign scheme. They agreed to include the American Nurses Association staffing principles and nursing-sensitive quality indicators. They said there would be no further staff cuts. Period. They would negotiate over staffing. We got the best contract language in the country. And the other hospitals were a variation on the theme. The bleeding stopped."

McGuckin believes it is essential for nurses to make their work and their concerns visible and to get the right kind of professional help to do it. "It didn't break the bank," McGuckin says of the HNA's contract with Foster. "It was highly affordable. Nursing organizations can afford to do. In fact, they can't afford not to. If you lose jobs, you lose members. And if you lose enough members, then you have no organization at all."

According to McGuckin, after the settlement, people approached nurses on the street to thank them. "Our collective bargaining director and chief negotiator had her car broken into and so she called the police," McGuckin recalls. "When the officers came to take the report, they recognized her name from all the media attention. They thanked her for what the nurses did to protect the public.

We found out the public really supports nurses. We'd all heard that. We'd read the polls that say the public respects us and thinks we're honest and ethical. But it wasn't real to us. We'd never really tested the extent of our public support. And then for two months, we tested it and people were there for us. It was a wonderful experience." For that the nurses are immensely grateful. To express their thanks, in January 2000, the nurses picketed in front of the state capital at rush hour. Only this time, their signs read, "Mahalo," Hawaiian for "Thank you."